Posted on September 13, 2016 by thedribblingcode

Match Report: Occasionally you go to a game at this level and despite the reasonable admission charge of a fiver, feel the entertainment on offer struggled to warrant the cover charge. Today though we got double value-for-money, with a blood-and-guts local ding-dong FA Vase game that surpassed what any neutral could have wished for. Additionally, the large Hemsworth contingent in the crowd enjoyed seeing their side put in another impressive performance in what was a great contest, with some quality goals and both sides going hell for leather in pursuit of victory.

The Wells came out deserved winners, and seem to have built on the formula that saw them win the NCEL’s Division One championship last season, with some quality players that still manage to seamlessly play above themselves as a team. Ponty look to have a more effective side than last season though, always seemed capable of pushing Hemsworth all the way, and with a bit more luck in the final third could easily have grabbed a further goal or two. So while the home fans came away disappointed with the result, there seems a lot more cause for optimism as the season progresses. This squad look well capable of pushing for an early return to the top flight of the NCEL. And if ever you’re in the area thinking of a game to go to, Ponty has all your beer, hot food, and covered seating or standing needs sorted. You know it makes sense. 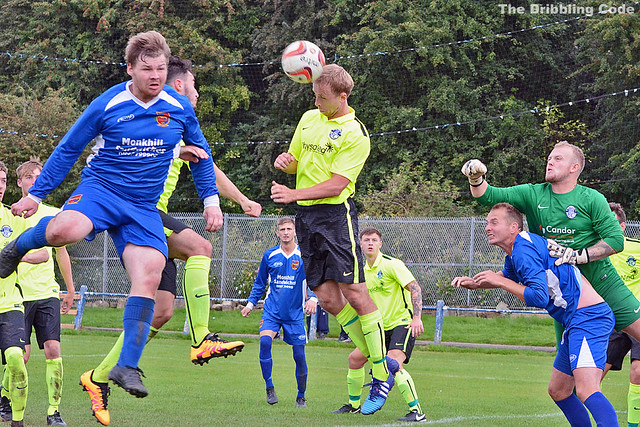 This entry was posted in Pontefract Collieries, Uncategorized. Bookmark the permalink.